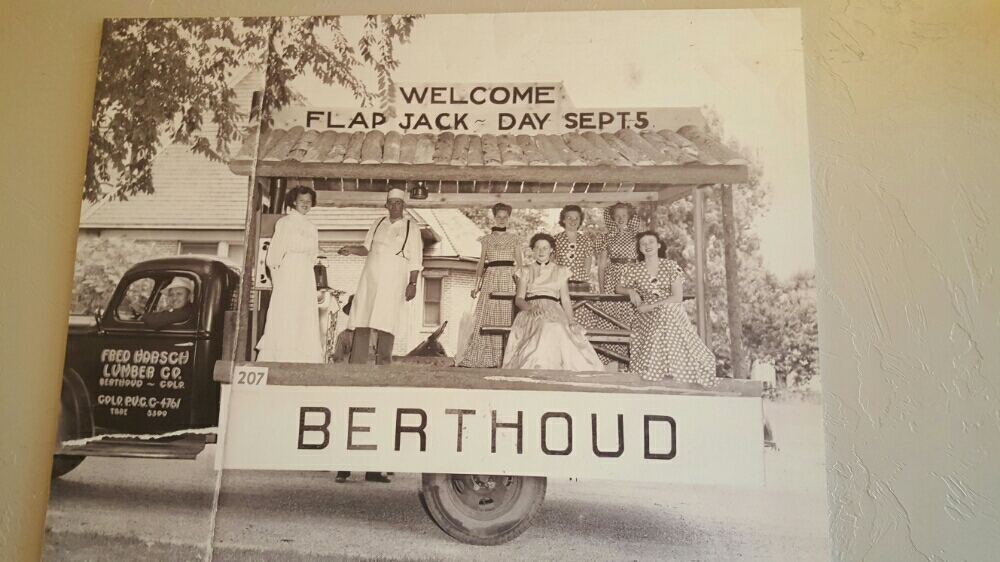 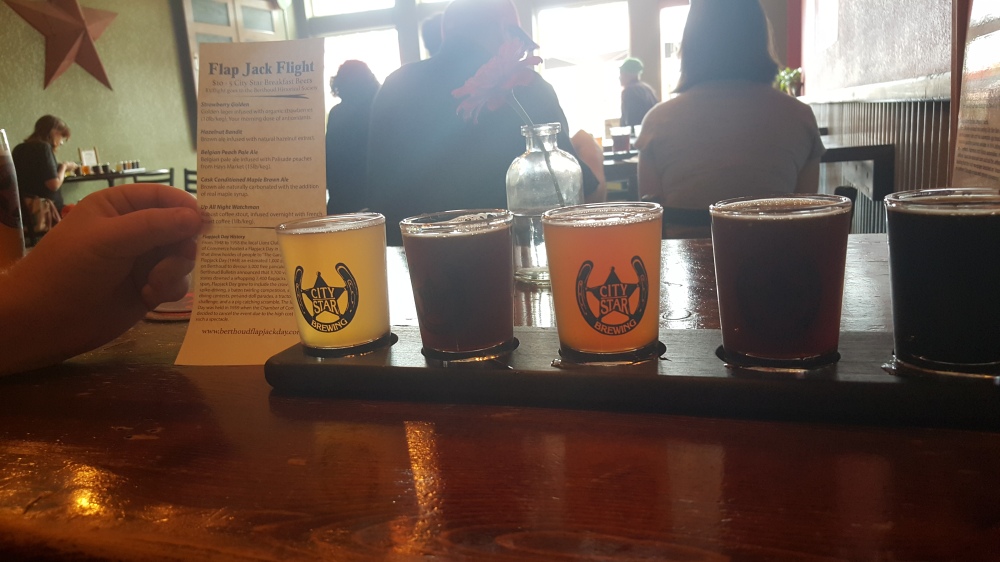 The flight for the 2015 Flap Jack Day included:

We are spoiled for Palisade Peaches this time of year so I will take Peach anything all day!  My favorite brew of the day for sure.  Can we just skip over Pumpkin and keep the peaches flowing?

The line for Flap Jacks, sausage, and coffee was down the block the whole time we were there.  Pretty sure the town of Berthoud was happy to see this tradition (and the free Flap Jacks) return! 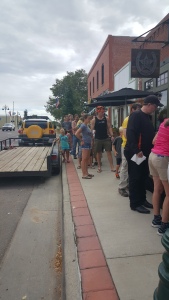 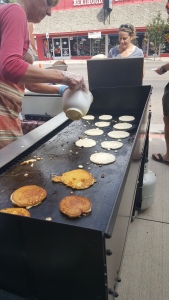 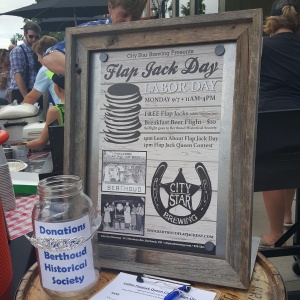 A little history from City Star and the Berthoud Historical Society (Get all the details at http://berthoudflapjackday.com/)

From 1948 to 1958 the local Lions Club and Chamber of Commerce hosted a Flapjack Day in Berthoud Town Park that drew hordes of people to “The Garden Spot.” On the first Flapjack Day (1948) an estimated 1,000 persons descended on Berthoud to devour 5,000 free pancakes. By 1949, The Berthoud Bulletin announced that 3,700 visitors from 21 states downed a whopping 7,400 apjacks. Over its eleven-year span, Flapjack Day grew to include the crowning of a Flapjack Queen. spike-driving, swimming and diving contests, a baton twirling competition, pet-and-doll parades, a pig catching scramble, a tractor driving challenge. The last Flapjack Day was held in 1959 when the Chamber of Commerce decided to cancel; the event due to the high cost of hosting such a spectacle.

Congrats to this year’s Flap Jack Queen!  Already have this event marked on my calendar for 2016!  Who needs a Labor Day picnic when you can have pancakes for lunch instead?