Back in January I made a lot of promises about beer, running, and blogging.  I can admit that I haven’t been great at the blogging part but there has been plenty of beer and even a little running.  Ever since I joined the Legendary Hustle Tribe with Shoes & Brews, I have been at many Thursday night run groups and training on my own.  This weekend was the first 5k of the year for me.  While my time wasn’t that great, we had a blast and the sun even came out eventually!

This was the 4th annual Collabeeration between Left Hand and Shoes & Brews.  With 650 participants, this year’s event was a total success!  I just want to share some pictures from this weekend!

A great beer fest! (and it’s included in your race price, so much better than a t-shirt) 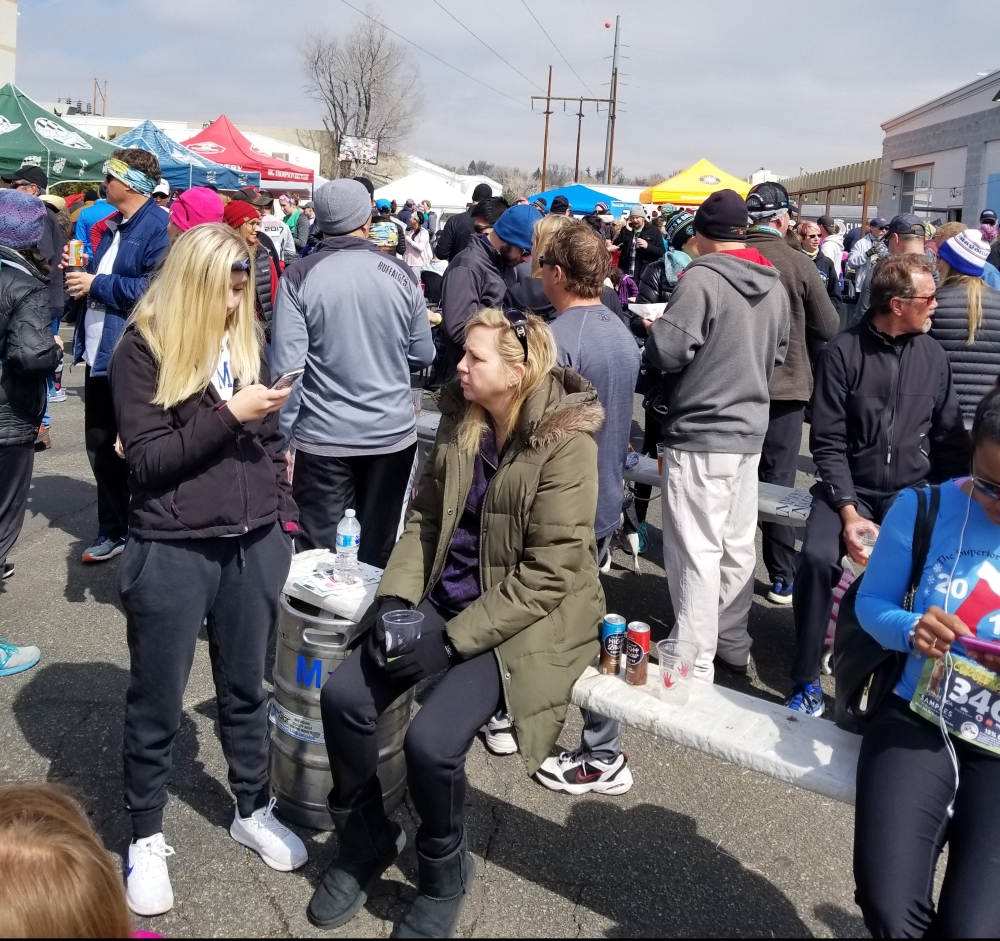 So many great prizes from the amazing sponsors

Motivational signs along the route!